Legislative Change For Lifers In Pennyslvania

There is no meaningful release mechanism for a meritorious lifer, and the Lifers Inc. Parole Eligibility Educational Initiative focuses on the long-term financial implications to the taxpayer for a life sentence without the possibility of parole (LWOP). A conservative estimate of the cost to house ONE lifer in the PDOC over the course of his/her term of imprisonment is $3.6 million, while Pennsylvania continues to face revenue shortfalls in the FY 2017-18 General Appropriations Budget.

State criminal codes, sentencing statutes and parole laws are enacted by the state legislature. State legislative bodies are tasked with enacting or repealing statutes based on public safety and social and economic justice issues that are unique to the jurisdiction.

On April 7, 2017 State Representative Jason Dawkins introduced House Bill No.135 which would “abolish life without parole in Pennsylvania and extend parole eligibility to those sentenced to life imprisonment”. The House Bill seeks to amend 61 Pa. C.S  § 6137 to eliminate the prohibition against parole review for “an inmate… serving life imprisonment.” House Bill No.135 would further prescribe, “the power to parole…may not be exercised in the Board’s discretion at any time before, but only after fifteen years in the case of an inmate sentenced to life imprisonment”.

There is no meaningful review process or release mechanism for a lifer.  House Bill No.135 of the Regular Session of 2017-2018 “creates no rights to parole”. Instead, the Parole Board would review a lifer’s application for parole and just like any other parole application, if the evidence of post-sentencing rehabilitation does not support a decision to release the inmate, the Board would reject the request.

Currently, the bill has 22 co-sponsors, and pending in the Legislature House Judiciary Committee. If the bill does not get a majority vote from the Pennsylvania House of Representatives (103 votes), it will die in committee. It has taken more than 40 years to get bill like his introduced. We need everyone who to contact their State Representative and Senators and urge them to support and endorse House Bill No. 135 [“Parole Eligibility Expansion for Life Sentences”]

Introduced by Senator Street on Oct. 31, 2017, this companion bill to HB 135 also sponsored by Senators Leach and Haywood. This bill would amend existing laws to permit an individual sentenced to life imprisonment under the laws of the Commonwealth of Pennsylvania to be considered for parole after spending at least 15 years in prison. It also extends parole eligibility retroactively to those sentenced prior to the effective date of the legislation. The bill creates no right to parole, so it will not allow our most dangerous inmates to go free. The Commonwealth’s Board of Probation and Parole will continue to responsibly reject requests for parole from those who do not deserve it, or who present too great a safety risk to the public. This legislation would give the Board of Probation and Parole discretion to consider the circumstances of each inmate serving a life sentence.

On  April 17, 2018 the Pennsylvania State Senate passed two bills amending the Post-Conviction Relief Act and DNA testing laws. SB 915 extends the time allowed to file for post-conviction relief in the face of new evidence from 60 days to one year. This is a much more realistic time frame, given that many incarcerated persons do not have an attorney working actively on their case. SB 916 would allow those who have pled guilty to access DNA testing, allowing for those who may have been wrongfully convicted an opportunity to pursue justice post sentencing. This also allows the real perpetrators to be pursued in turn, as it has in  163 DNA based exoneration cases so far.

Make your opinions known! Write to your local representative to show your support for a humane, just, and restorative correctional system.

Thanks for taking action with Lifers Inc.! 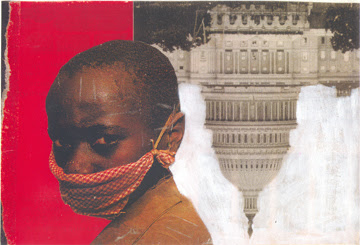